This Cohousing startup wants to help the working class 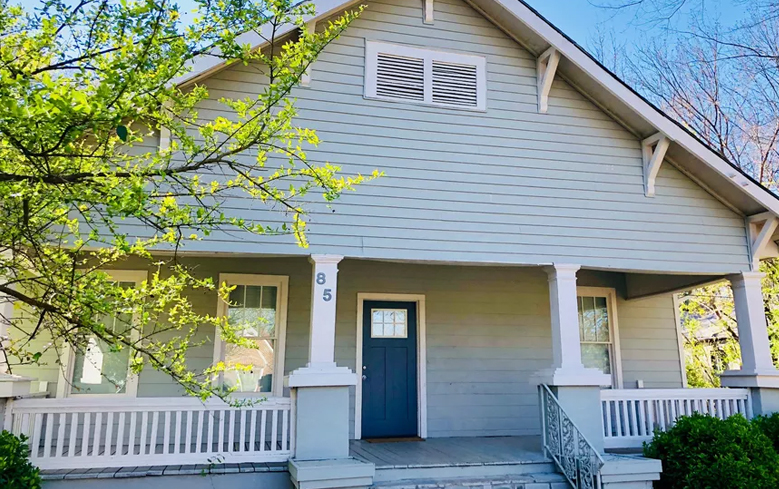 Most ask him how it’s different than a traditional boarding house.

What’s the difference between hitchhiking and ride-hailing? he asks me when I pose the same question. “It’s a question of legitimacy.”

LeBlanc believes the country has a serious affordable housing problem, and innovative solutions are needed. He believes the answer lies in well-run rooming houses, which give working Americans access to jobs and a safe, respectable place to stay at night.

PadSplit takes existing single-family homes and converts them into a series of rentable single rooms with shared common space and bathroom. The concept doesn’t have the frills of a Common or WeLive, startups that have sprung up in expensive metros to cater to a mobile, creative class of millennial professionals.

But with locations near transit lines and rooms running for $435 to $650 a month—that includes cable, Wi-Fi, utilities, and laundry—PadSplits can help fill the gap in workforce housing, a commodity sorely lacking in many cities.

“I’ve seen a lot of coliving startups targeting millennial professionals in creative hotbed-type cities,” says LeBlanc. “But I’ve always felt that those with the greatest need were working Americans. We provide student housing for students and senior housing for seniors, and both are shared living environments. But there’s nothing similar for the demographics in between.”

Housing for everyone that’s affordable, accessible, and accountable

“One of the reasons that so many of these rooming houses failed was because they were terrible,” he says. “I wanted to figure out how you could make them safe, affordable and accountable.”

His initial vision for PadSplit was to create a product that targeted renters making roughly $25,000 a year, so those on minimum wage or low fixed income had more access to housing. He felt there was a way to take homes, especially those with multiple bedrooms, into profitable investments and affordable housing, without using subsidies. Single-family homes were out of reach for many residents, especially in lower-income areas. Was there a way to take these unused assets and create a shared living space, which gave property owners more income?

When pressed to explain how the PadSplit model conforms to Atlanta housing codes and regulations, LeBlanc said that there’s a loophole that allows this type of conversion and occupation. There’s a way to still qualify if tenants pays fees, instead of rent, to a master tenant entity, set up like an limited-liability company. But he said PadSplit is “operating legally, and we have existing zoning case law to back us up.”

The model also has backing from Enterprise Community Partners, and LeBlanc is also working with the Urban Land Institute to make permanent zoning recommendations to make this type of housing legal in other jurisdictions.

After opening the first PadSplit last May, he’s converted two additional homes, with two more in the middle of renovation. Soon, there will be a total of 27 units spread across five houses.

PadSplit retrofits go above and beyond current safety standards, says LeBlanc, specifically Atlanta Housing Authority Standards. Smoke detectors are added to each room, and each home is decorated with new furniture and artwork. The management and operations team emphasizes respect and qualified tenants. Every applicant must pass a criminal background check.

A place to help renters get ahead

Tiffany Ellis, 46, moved from Alabama last summer after a series of personal setbacks: In the same year, her daughter passed away and she went through a divorce. She had to start over, and found a job in Atlanta as an overnight security guard. She also found out about PadSplit from a friend.

Renting a unit at one of the PadSplit homes, which cost $525 a month, enabled her to put money away each month, and eventually get enough to move into her own apartment. As someone working nights, she needed a quiet, comfortable place during the day, and PadSplit provided. Her roommates were amenable, the room was “beautiful,” and the location, near the Mozley Park neighborhood, was close to the bus line that took her to work.

“It was a safe and good environment,” she says. “Living there made it easier to save money.”

LeBlanc says PadSplit has the potential to be a disruptive model and make a difference in Atlanta and beyond. He’s already scouting new locations, with a focus on homes near transit corridors and employment centers. He says there are 3,500 four-bedroom homes within a half-mile of the Beltline, the city’s expanding rails-to-trails project and an important transportation corridor. Eventually, he wants to figure out how to expand the model to provide affordable options to families.

“We want to relieve the crisis that many people are feeling,” he says. “The goal has always been more affordable housing for more people. The pain is real for a lot of these folks.”